what I enjoy writing about

2021: What Will a Post-Trump and Post-Covid World Look Like?

Has Trump Won the Battle, Only to Lose the War?

Can Japan Jumpstart Its Growth While Finding a “Happy” Middle Ground?

Will COVID-19 Flip Geopolitics on its Head? All Roads Lead to Beijing

Understanding Terrorism Carried Out in the Name of Islam

Uighurs Victims of the Economic Interests of the States

How did China Become the World’s Second Economic Power?

U.S. vs. Iran: Poorly Calculated Strong-Arm Tactics Likely to Backfire. Is It Not Time for the U.S. to Re-engage Iran on the World Stage?

China vs. the West: An Analysis of the Current Geoeconomic Tug Of War

Trump's trade war: Is China a threat to the US?

The trade war between China and the US entered a new phase on July 6 when the US imposed new tariffs on 34 billion US dollars of China’s goods. Last January, he began his trade war slowly against China by introducing tariffs on solar panels and washing machines.

Since then, the tariff conflict with China has grown by leaps and bounds, impacting American allies as well. Shocked and outraged, the latter have retaliated, which is not boding well for future international relations.

Afghanistan: Beyond the Tashkent Summit

Chaos in the Middle East: Its Historical Roots and a Sykes-Picot 2.0 to the Rescue

On January 16, Canada and the US co-hosted a foreign ministers' international meeting in Vancouver on security and the Democratic People's Republic of Korea (DPRK) crisis.

Harjit Sajjan, the Canadian National Defense Minister, and James Mattis, the US Secretary of Defense, attended this meeting along with foreign ministers from 20 countries; countries that were members of the UN coalition during the Korean War (1950-1953) while the key players, namely the DPRK, China, and Russia, were conspicuous by their absence.

Iran Protests, in the Crossfire of a Battle of Words and Images: A Six-Question Analysis

2017: A Year of Yin and Yang Diplomacy, Featuring Donald Trump and Xi Jinping in Action

David vs. Goliath: The Korean Peninsula Crisis in Four Questions 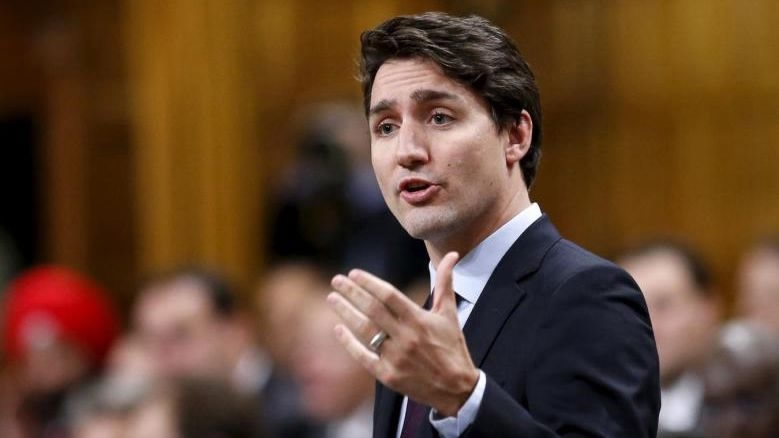 Trade and Human Rights? – What to expect from Canada’s PM visit to China

Canadian Prime Minister Justin Trudeau will visit China this week (Dec. 3rd – 7th). He will first travel to Beijing to meet with Chinese President Xi Jinping and other Chinese officials. Then he will head to Guangzhou to deliver a keynote speech at a global business conference, where he will discuss trade and investment with several business leaders.

“I look forward to meeting again with China’s leaders to strengthen our relationship and set the stage for even greater trade and investment co-operation,” Trudeau said in a statement as reported by Canadian media.

The Fate of the Nation-State, Globalization vs. Regionalization: The Catalan Case

The Middle East at a Crossroads: The Eurasian Rising Powers are Redrawing the Global Landscape

Trump’s “adiplomacy” is China’s Gain: The Cases of Iran and North Korea

The Doklam Standoff: Does Something Else Lie Behind the Row Between the Tiger and the Dragon?

Evaluating China's Economy: Can China keep up its growth and deliver on its “harmony” pact with the Chinese people?

China’s largest and most prominent success thus far has been in the economic sphere. Thanks to Deng Xiaoping’s policies, China, by opening itself up to the world, has allowed its economy to flourish and grow, becoming the second largest economy in the world in less than four decades. The Middle Kingdom has come to embody the notion of an Asian economic miracle, but can the miracle last?
https://thediplomat.com/2016/11/evaluating-chinas-economy/

Chinese Domestic Politics: A Millenary Swing Between Legalism and Confucianism